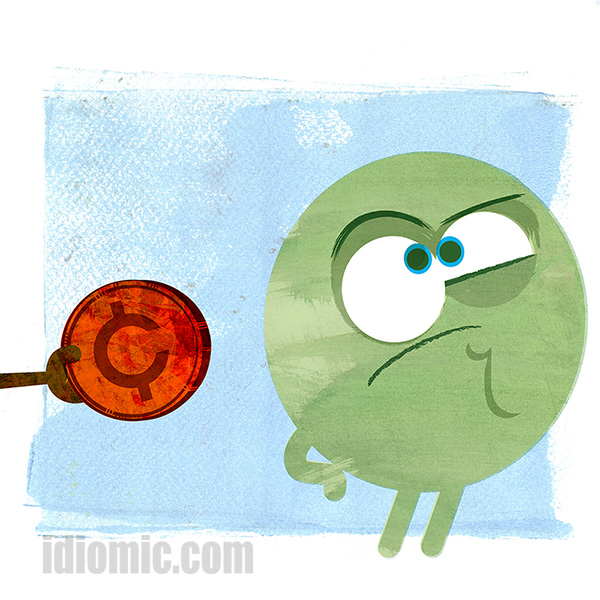 Definition: A way of asking somebody what they are thinking about

Example: Jack stared down the hill holding his bucket of water. “A penny for your thoughts?” Jill asked him.

There is some debate whether ‘a penny for your thoughts’ is an idiom at all. It might be classed as a proverb or as a cliche. Or, considering the value of a penny, maybe it’s an insult. Whatever it may be, it’s a dying phrase, used less and less as the century advances. It is more likely to be used by your parents than by you.

It is first found in print in a book by Sir Thomas More, written in 1535, but how it came about is lost in the mists of time (to use another idiom). We must consider that the offer in his day was much more financially rewarding. A silver penny was worth a fair deal more. Sources Iddy looked at pegged its value at anywhere from £1.60 ($2.25 US)  to £16.00 ($22.50 US) depending on how you calculate the penny’s buying power.

Incidentally, the word ‘penny’ might originate from the King of Mencia (modern day Midlands in the UK) in the Sixth century. His name was Penda and he issued coins called ‘pending‘. They later became known as ‘penige‘, then ‘peny‘, before finally reaching our modern term. In fact, Thomas More’s original quote is actually ‘ a peny for your thought’.

Whatever that penny may be worth, Iddy will need more. He’s thinking so hard, he’s apt to burst a blood vessel and he’ll need enough cash to cover the medical bills. Iddy’s a careless fellow. He forgot to take out travel insurance before coming to Earth.