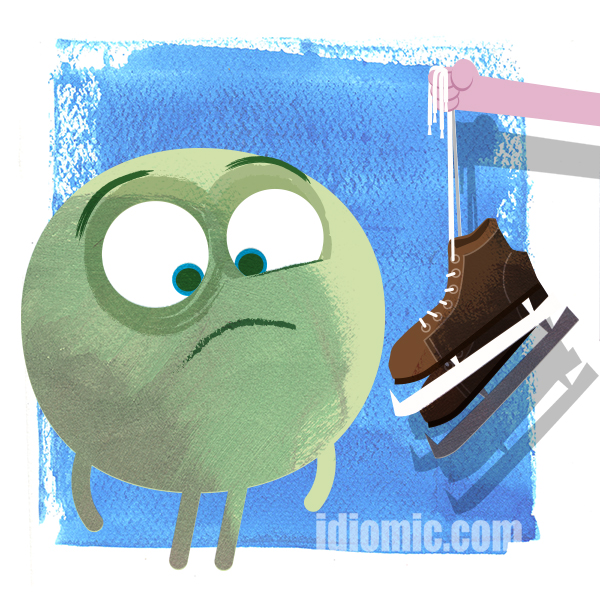 Example: “Get your skates on!” Martha yelled at her husband through the bathroom door. The airport was an hour’s drive away and their flight was leaving in forty-five minutes.

More commonly used in the UK and Australia, this idiom simply refers to the fact that someone wearing ice skates can travel faster than somebody on foot (assuming that they have the required ice to skate on). It originally referred to ice skates, but during the Victorian era, it expanded to refer to roller-skates as they gained public popularity and the first rinks opened.

As a side note, skating is remarkably quicker. The top speed of a human being on foot is about 45 km/h  (That’s you, Mr Usain Bolt), but only for short sprints. The top sprint speed for a speed skater is close to 60 km/h. It’s over longer distances that the difference really begins to show. At 10 000m, the world record on skates is around 12 minutes 40 seconds. On foot it is around 26 minutes 18 seconds, more than twice the time.

This idiom is by request from Elaine who says that idioms are far too often taken literally in her family. So Iddy, you’re not alone! 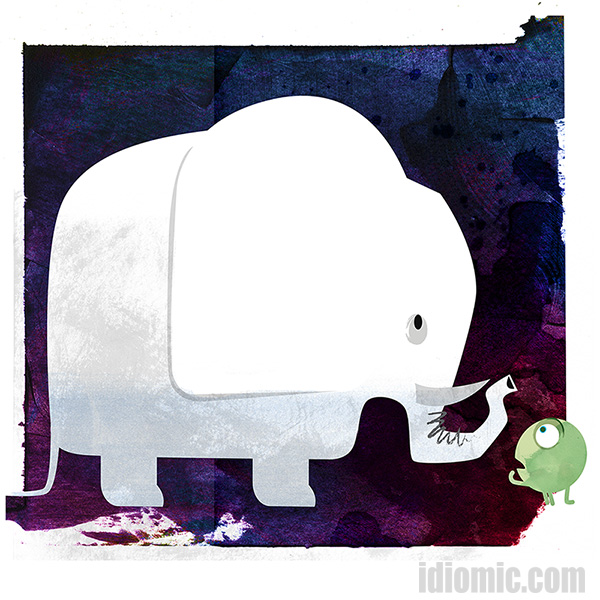 Definition: A possession that is burdensome and costs more in terms of money or effort than it is worth. In British usage, it often specifically refers to a public project that has soaring costs with little perceived benefit.

Example: Rosie’s newly purchased Ferrari was a real white elephant. Sure, it looked great but the insurance was bankrupting her.

Iddy can’t believe it. This is an idiom that has a definitive origin!

In ancient Siam (modern day Thailand), white elephants were not only rare, but considered sacred. The Kings of Siam elevated their status by keeping white elephants. If one of the kings’ acquaintances displeased  them, they were gifted one of the rare creatures. It may have seemed to be a great honour, but the cost of keeping the elephant and the duties required would soon bankrupt the individual.

The term came into the English language as early as the 1600’s but didn’t become common for another 200 years. There are claims that it gained popularity after PT Barnum, of Barnum and Bailey circus fame, spent great effort as well as plenty of cash to buy a white elephant from the then King of Siam, to discover that it really wasn’t white at all, just light grey.

The term also became associated with church sales during the 20th century, openly referred to as ‘white elephant sales’, where donors brought in their junk, like tacky ceramic figurines and mismatched plates, to be sold on for church fund-raising.