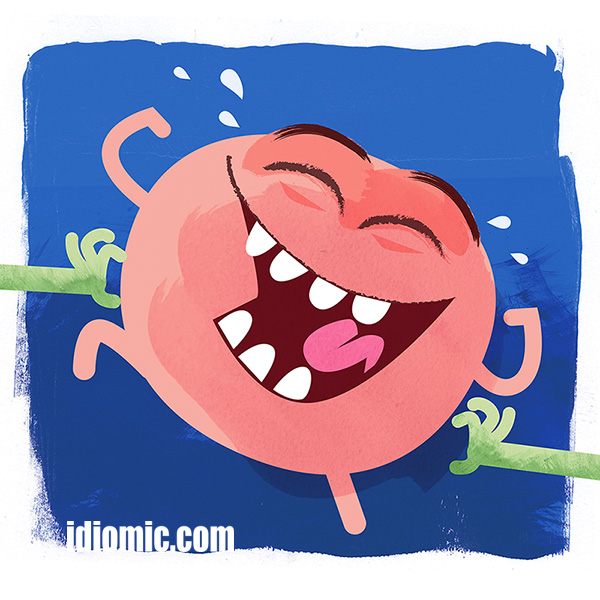 Definition: To be delighted

The tickling described in this idiom has nothing to do with somebody’s fingers on your belly. This has everything to do with the other meaning of tickling, that of being entertained or gratified. This usage of the word dates back to the 17th century.

However, the combination of  tickling with the colour pink is much more recent, dating back only to the first years of the 20th century. And why pink? Why not blue, or orange, or in Iddy’s case, green? It simply is the colour of flushed cheeks when somebody is particularly happy or excited.

Apparently, there is a more extreme version of this delight. Tickled to death is another, somewhat rarer phrase in use. It means the same thing though the stakes sound much higher! 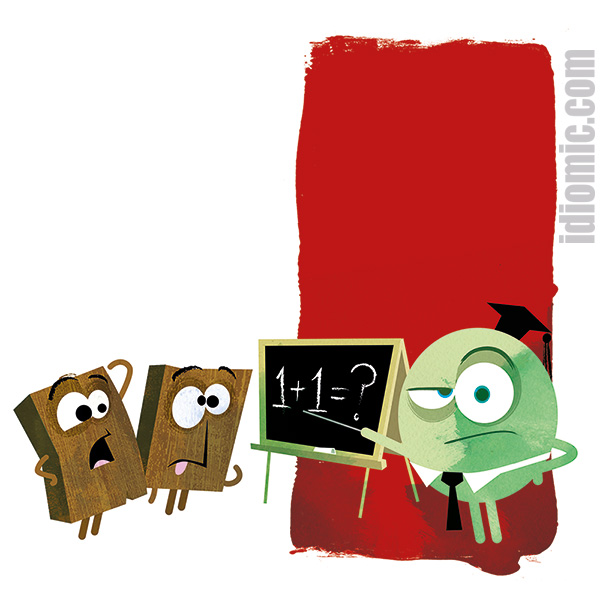 Definition: To be incredibly stupid.

Example: Terry demonstrated he was as thick as two short planks as he attempted to pet the escaped tiger. He didn’t need his left hand anyway.

‘Thick’ in this instance is the UK secondary meaning of the word: to be stupid. This particular usage has been popular since the seventeenth century. This particular connection to pieces of stubby wood seems to have started in the 1970’s. As a ‘plank’ is also a UK term for a stupid person, there seems to be an extra level of stupidity inferred in the doubling of terms.

Is there any logic behind the phrase? Planks appear to look thicker the shorter they are, and what is even thicker? Obviously two short planks.

There are claims that the phrase began life as ‘two shore planks’, the lengths of wood fastened along docks to prevent damage from boats striking them, but Iddy thinks that’s a step too far. Or a plank too far.

Two steps (or two planks) too far is a connection to WW1 artillery. To stop the guns sinking into the mud of the Western Front, planks were wedged beneath their wheels. Military legend claims that in the absence of boards, bodies were used. To completely besmirch the name of artillery gunners, it is alleged they were not of the highest intellectual standing, so they were as thick as the two short planks they replaced. Besides being an outrageous claim, it doesn’t make sense that the phrase laid dormant for fifty years before re-emerging into popular culture.