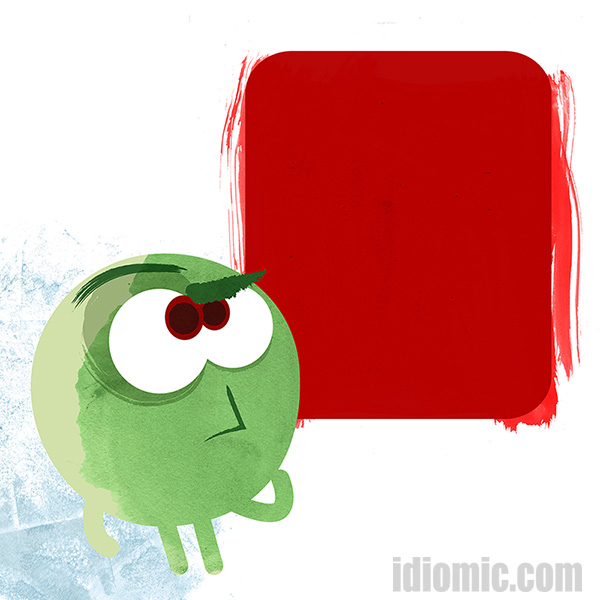 Definition: To be overcome with anger

Example: The scratches down the side of his prized Corvette made Nigel see red. Ironically, that was the same colour of the paint that was damaged.

It is widely thought that to see red comes from the ‘sport’ of bull fighting, specifically the waving of the red cape to enrage the bull. Despite this connection, it actually isn’t the colour of the cape that attracts the bull. Why? Because bulls are colourblind. It’s the movement of the cape that actually gets their attention. There is another phrase ‘like a red rag to a bull’ which seems to back up this theory as it has a very similar meaning.

A second theory says it may come from an American phrase ‘to see things red‘ which has fallen out of fashion. This refers to the colour that infuses the cheeks during rage, as your blood pressure soars, sometimes referred to as the ‘red mist’.

Iddy doesn’t understand the colour reference at all. When he gets angry, he just goes a deeper shade of green. And it’s not pretty at all. Trust me. 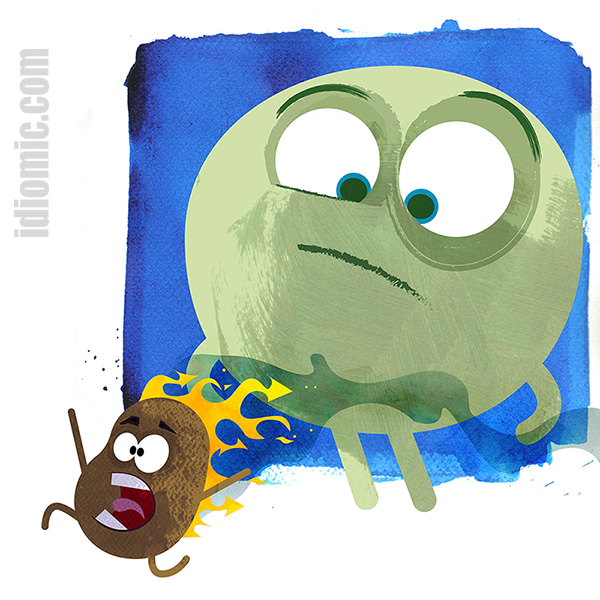 Definition: Something controversial that nobody wants to deal with.

Example: The topic of Mal’s new hairpiece was something of a hot potato at the party.

The inference is that a hot potato is too hot to handle. It is derived from drop like a hot potato, meaning to abandon something as quickly as possible. Coined in the mid-nineteenth century, the full phrase has fallen somewhat out of fashion in recent decades, leaving us with just the overheated tuber at its heart.

It also lends its name to a party game where participants pass an object as quickly as they can. Iddy would love to give the game a whirl, but he’s never been invited to a party.

Example: “Hold your horses!” Jen shouted at her husband as he ran towards the pub. He’d heard there was free beer to be had.

Not surprisingly, this command dates back to the American West and the time of cowboys, six-guns, and wagon trains. It simply refers to pulling back on your horses’ reins in order to bring them to a halt. First found in print in 1843, the original phrase was more informal, being ‘hold your hosses’. It wasn’t until the 1930s that the modern version first appears.

Some sources cite its heritage all the way back to Homer’s Iliad, the story of the siege of Troy. In it, Menelaus tells Antilochus to hold his horses during a chariot race. This is more likely to be co-incidental in nature, and the choice of words by the translator, rather than the birth of an idiom. 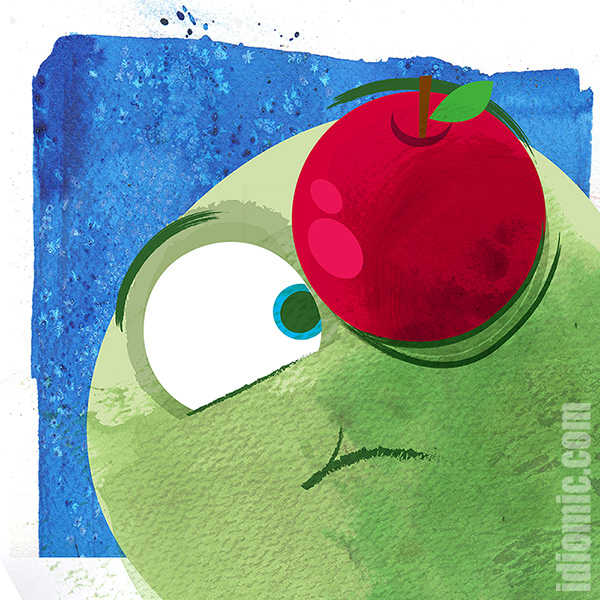 Definition: Somebody you cherish, a favourite person.

Example: My kids are normally the apple of my eye, but after their behaviour on the car journey, I may have to reassess that.

In olde English, the pupils of the eye were referred to as ‘apples’ as they were thought to be spherical like a piece of fruit such as an apple.

Shakespeare used the phrase in A Midsummers Night Dream (c1590), describing a character having been struck by Cupid’s arrow in ‘the apple of his eye’. The King James Bible of 1611 also uses the phrase. The Hebrew translation of the same passage uses the phrase ‘little man of the eye’. This refers to your reflection in somebody else’s pupils. You have to look really really close and invade their personal space to do this. A liitle bit of advice: don’t do it to a stranger.

Going deeper down the rabbit hole of word origins, the word ‘pupil’ is derived from the Latin ‘pupilla’ or ‘little doll’. This also refers to that reflection. And that is why students are also pupils, being little people.

But we’re slowly drifting off topic…

So, what has this have to do with someone you cherish? Simply, they are somebody you keep close. Close enough to be little reflections in your eye.