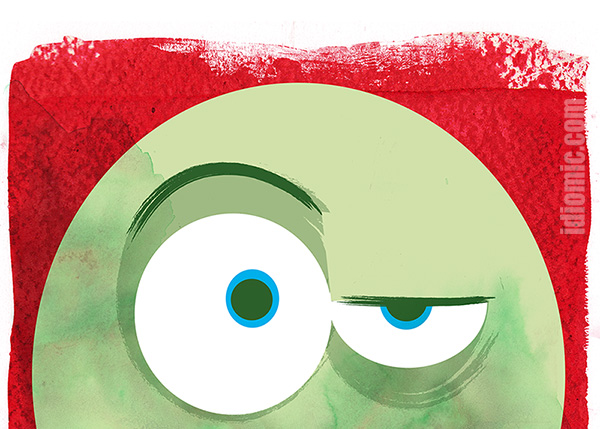 Nobody’s sure where he comes from, but he’s definitely not local. Heck, nobody’s even sure if Iddy is even from our galaxy.

He’s been having a bit of difficulty with the English language. It’s doesn’t help matters that his native tongue is based upon a hexidecimal system and an alphabet is a truly alien concept for him. He can never remember if i goes before e after c, or the other way round. All very frustrating for poor Iddy.

And then he ran into idioms. Boy, that has really confused him. He’s constantly expecting to have his leg pulled, to be driven up a wall, or have a sock put in it. Iddy wasn’t the most mild mannered character back home (wherever that was), but now he’s completely unbalanced.

Despite all his failings, Iddy’s going to try his best, and glower, frown, and scowl his way through the confusion of the English language.

Favourite colour: purple, blue, or red. Anything but green.

Favourite song: It’s not Easy being Green by Kermit the Frog