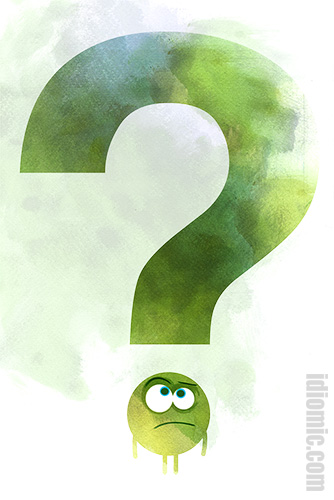 There are some pretty dry definitions out there to explain what the heck an idiom is. How about this one:

noun: A group of words established by usage as having a meaning not deducible from those of their individual words

An expression that really doesn’t make sense when you think about it. I mean, really. Why would you say you’re happy by saying “I’m over the moon”? That’s ridiculous. If I was over the moon, I’d be worried about drifting off into deep space, or being hit by an asteroid. Or running out of air. Or getting sucked into the gravitational pull of the sun. Or –

Okay. Thanks Iddy. I think we get the idea.

Welcome to the wonderful world of Idioms:

There are thousands of idioms in the English language. Some sources claim as many as twenty-five thousand. Iddy has started counting them but he’s only up to 35 at the moment. He’ll get back to you when he’s counted them all. In about twenty years.

Idioms are not exclusive to the English language and enrich conversations around the world. In Hindi, you might say that you were so angry you excreted embers. In Turkey you may tell a repetitive and boring speaker to stop ironing your head. And in Yiddish, you might tell that same person, as they continued to annoy you, not to chop your tea kettle.