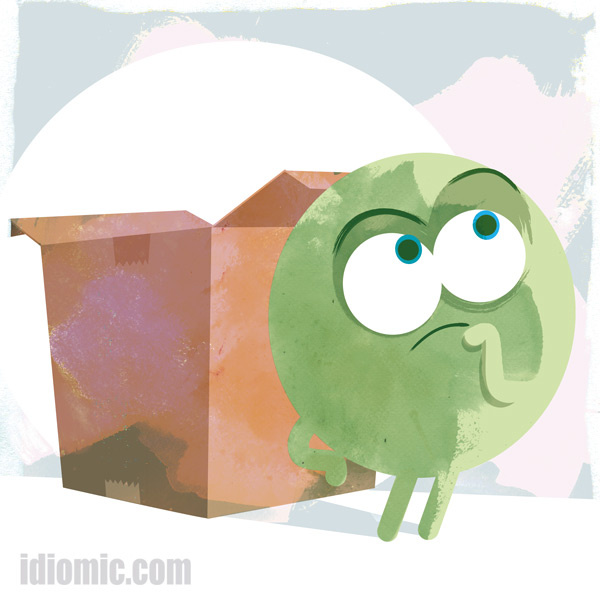 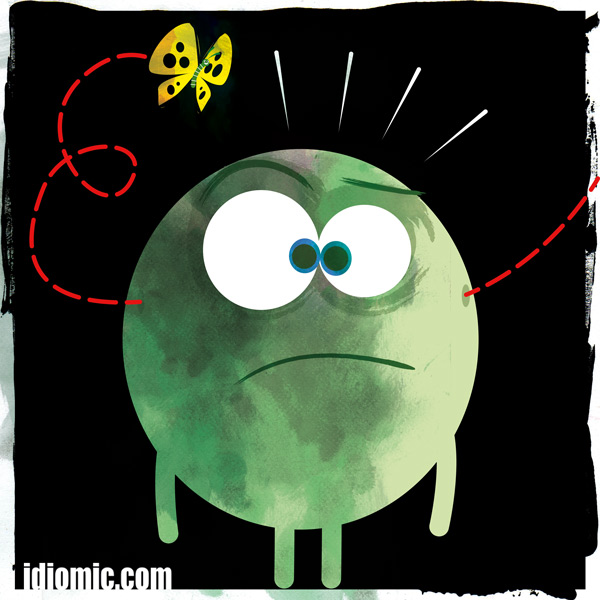 Definition: Something heard but then immediately forgotten.

Example: The traffic cop’s advice to Slim went straight in one ear and out the other. So twenty minutes later, he received another speeding ticket from another traffic cop.

A version of this phrase goes all the way back to the first century AD and ancient Rome. Educator and orator Quintilian is quoted as having said ” The things he says flow straight through the ears”. Over the intervening centuries, the phrase slowly changed until it is what we know today. Who knows, in another few centuries, it may change again. That’s the thing about language. It’s always in a state of flux.

Despite his apparent lack of ears, advice is constantly going in one side of Iddy’s head and out the other. As well as assorted small flying creatures.