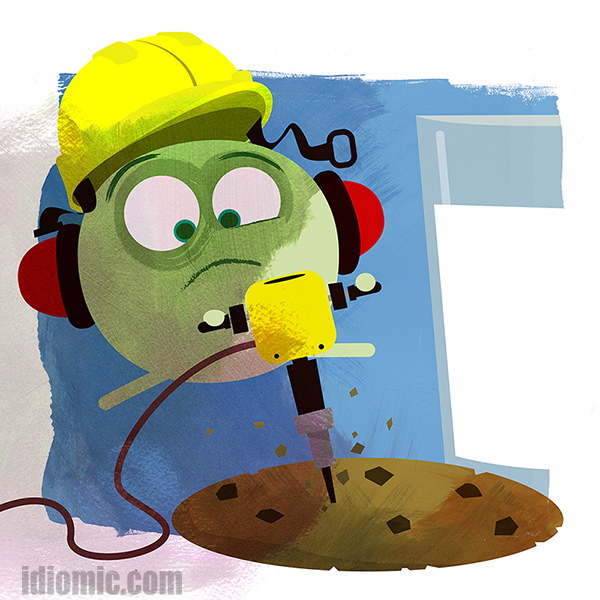 Example: Dave fought off the motorcycle gang with nothing more than his bus pass and a copy of the New York Times. He was one tough cookie.

‘Tough cookie’ is predominantly an American phrase. You are unlikely to hear any self-respecting Brit using the term.

Iddy thinks this is one of the most ridiculous things he has heard so far. Why compare somebody hard, whether physically or mentally, to a cookie? Cookies are inherently sweet. Cookies are usually brittle. Cookies are the stuff of life itself.

Maybe there’s a clue in the word itself. ‘Cookie’ is a North American term. In the UK, cookies are called biscuits. No self-respecting Brit is ever going to ask for a cookie at a bakery.

The word itself is derived from the Dutch ‘koekje’, or ‘little cake’, and probably entered American English with Dutch settlers. Still no connection to being tough, unless those original Dutch settlers over-baked their koekjes.

In the 1920s, ‘cookie‘ became a slang term for a young woman. Just watch any old gangster movie about Prohibition. It will probably feature a ‘cookie‘ in it somewhere. The term does make some sort of sense, in that the young woman is sweet and desirable.

The first appearance of the now standard ‘tough cookie‘ is just after the end of World War II, but how the ‘tough’ became welded to the baked good is unknown. Also unclear is how the term then came to describe both sexes when it had previously been only applied to women.

So, no explanations from Iddy. And he still thinks it’s ridiculous. 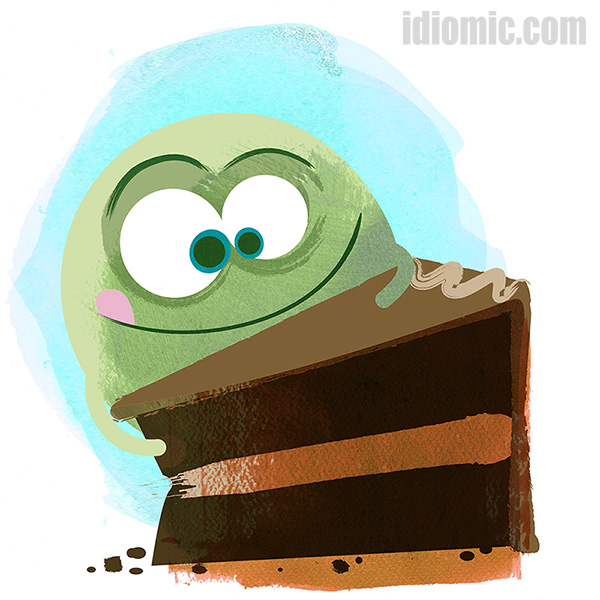 Definition: Something very easy to do

Example: After six months of weight training, a dozen all-you-can-eat buffets, and a two day fast, winning the pie eating contest was a piece of cake for Bradley.

It is thought that this phrase may have come from contests, popular in the 1870s, where a cake was the prize. Not cash. Not cruise tickets. A cake.

A second, darker theory, is that it originates from a humiliating tradition that occurred in slave states. Pairs of slaves were made to circle a cake, and the most ‘graceful’ pair would win the baked goods. Iddy’s not sure how the heck that particular tradition came to be and he doesn’t really want to know either.

In all likelihood, it may have come to be simply from the fact that eating a piece of cake is probably one of the easiest, most joyful things most people can do.

Iddy doesn’t care about any of it. He just wants to eat that chunk of sugary delight. And the heck with the calories. 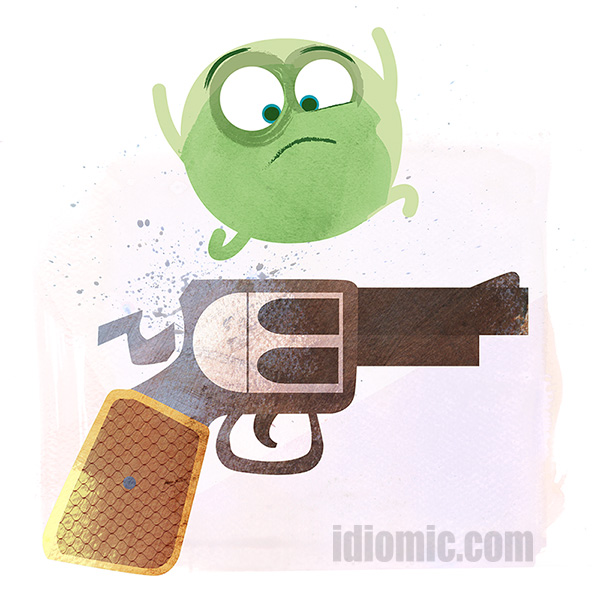 Definition: To begin before everything is ready.

Example: Joe realised too late that he had jumped the gun trying out his newly assembled bike at the store. The mechanic hadn’t put the seat on yet. The store was very good about the whole situation though. They offered to call him an ambulance.

Exported around the English speaking world from the United States, jump the gun dates back to the 1830s. It has its roots in track and field sporting events, referring to somebody starting the race before the starter’s pistol has been fired. Blindingly obvious once pointed out, isn’t it? It was frequently quoted as ‘beat the gun’ as well, though that usage seems to have died out.