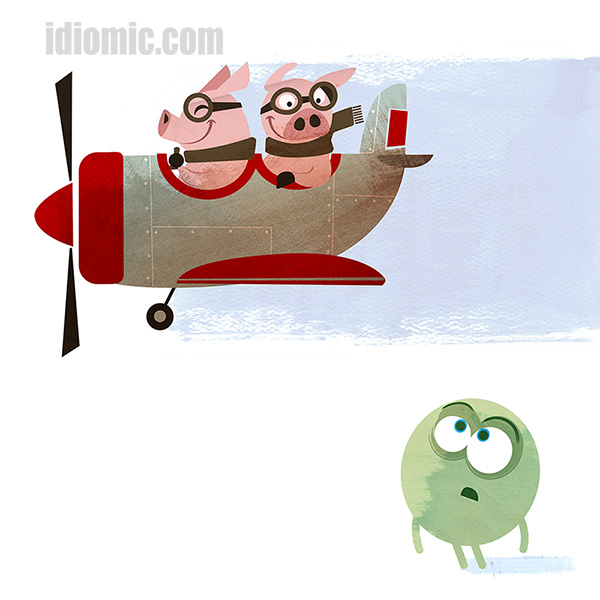 Example: “You’re coming with me to see ‘Mamma Mia’ tonight, aren’t you?” John’s wife said to him. His reply? “When pigs fly!”

Iddy learnt a new word with this one…. adynation. ‘When pigs fly‘ is an adynation, a figure of speech using exaggeration to explain something is impossible. Other adynations include ‘When hell freezes over‘, and keeping in the hell theme, ‘A snowball’s chance in hell‘.

Why pigs? Why not. They’re perfectly unsuitable for flight. In the past, both cows and snails have been used in place of swine, but the swine came out as the popular choice.

The phrase has appeared in print since the mid-eighteenth century, probably most conspicuously in Alice’s Adventures in Wonderland (1865).

Iddy discovered two interesting ‘when pigs fly‘ related stories. Well, he thought they were interesting. You may disagree.

Firstly, in 1909, the first pig did fly. Aviator Baron Brabazon of Tara (now, that’s a great name!) took a piglet up in his biplane, strapped safely into a waste basket. Just to make sure the subtlety of his point was not lost, a note reading ‘I AM THE FIRST PIG TO FLY’ was pinned to the basket.

Secondly is a tale concerning novelist John Steinbeck. Apparently, one of his professors told a young Steinbeck that he would be an author when pigs took flight. After he did succeed as an author, he started his books with an insignia proclaiming ‘Ad astra per alas porci‘ or  ‘to the stars on the wings of a pig‘. Sometimes there was also an illustration of a flying pig, called Pigasus. 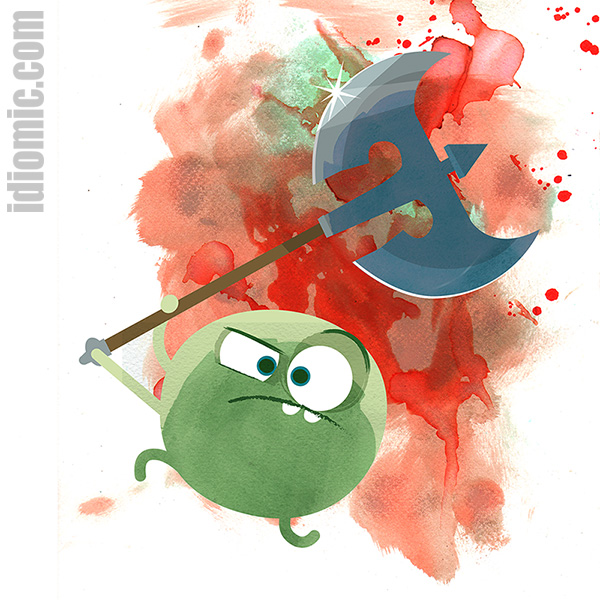