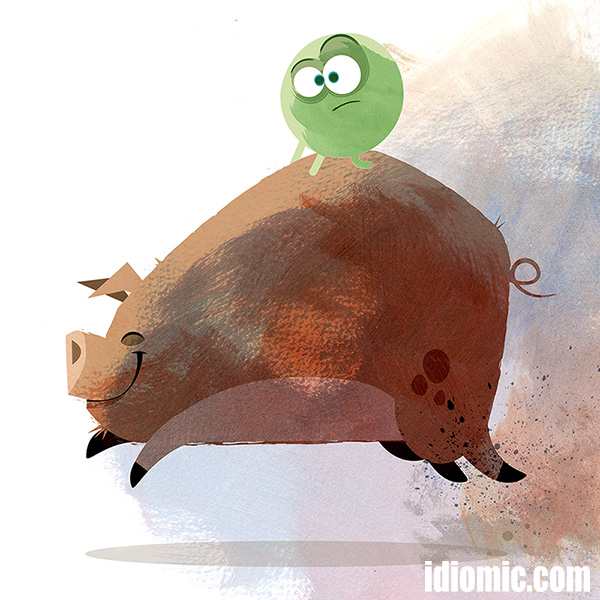 Example: After a small win on the lottery, the Johnsons have been living high on the hog. They eat out at Burger King now rather than McDonalds.

‘High on the hog‘ is usually preceded by  ‘living‘ or more rarely ‘eating‘. There are a few of theories as to its origin, but one seems more widely accepted than the others.

Apparently there is an opposite phrase: living ‘low on the hog‘, but Iddy’s never heard it used before. He certainly wouldn’t want to be enacting that one. 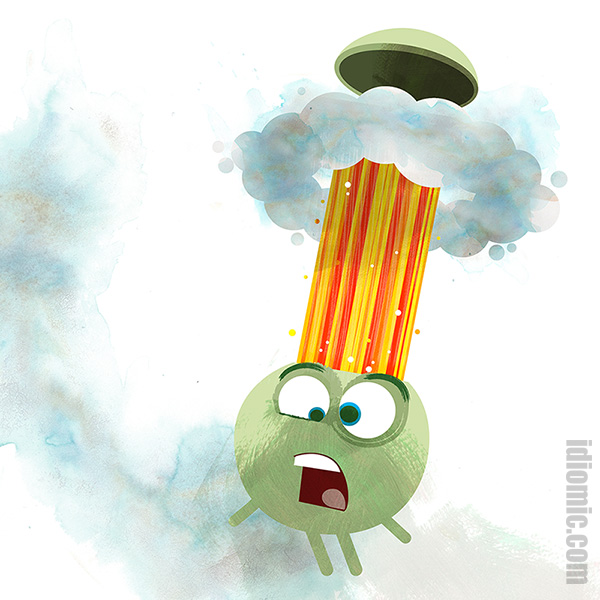 Definition: To lose your temper

Example: Ruby was going to blow her top when she saw the muddy footprints on her brand new rug.

Blowing your top. Iddy’s an expert at this one.

There are similar idioms, meaning the same thing. Not only can you blow your top, you can also blow your stack or your lid.

All of these phrases probably date to the Industrial Revolution in the mid-1800s and the widespread use of steam power. Steam, unless carefully controlled and monitored, can build up great pressure very quickly, exploding out of the weakest point. Blowing your stack is very much related to this threat, as a smokestack would be a weak point.

A similar pressure threat exists with oil wells as well, and some sources argue that the idiom comes from that process instead.

Whatever the case, the phrase is a very visual one and reminds us all of Saturday Morning cartoons where  steam jets out of a character’s ears. If only Iddy was so lucky to have blown steam from just his ears. He’s gone and lost the top of his skull. Its going to take him hours to find that thing.