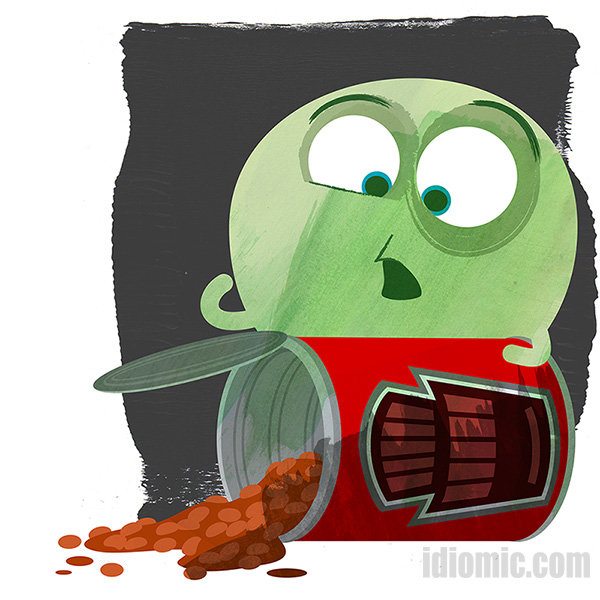 Example: After three hours intensive grilling by her friends, Sharon finally broke down to spill the beans about her night out with the vicar.

‘Spill the beans’ is one of several idioms , similarly phrased, with the same meaning. There’s ‘Spill the soup‘, ‘Spill your guts‘, or the simple and to the point command, ‘Spill!” Spill is used in the manner of letting something out. But beans? Why beans?

There is a widely discounted explanation to do with ancient Greece. Voting in some situations called for the anonymous placing of beans in an urn. White for ‘Yay‘. Black for ‘Nay‘. The vote had to be unanimous. So, if somebody knocked over the urn before voting was complete revealing even a single black one, thus ‘spilling the beans‘, the vote was ruined. Sounds excellent. However, there are two millennia between those alleged bean votes and the introduction of the phrase into language.

That first modern usage dates back to early 20th century America. Its meaning then was subtly different, more like talking out of turn and causing trouble. A bit like the wartime slogan ‘Loose lips sink ships‘.

Iddy’s still not sure why it is beans that need to be spilled. He’d prefer toffees. Or caramels. 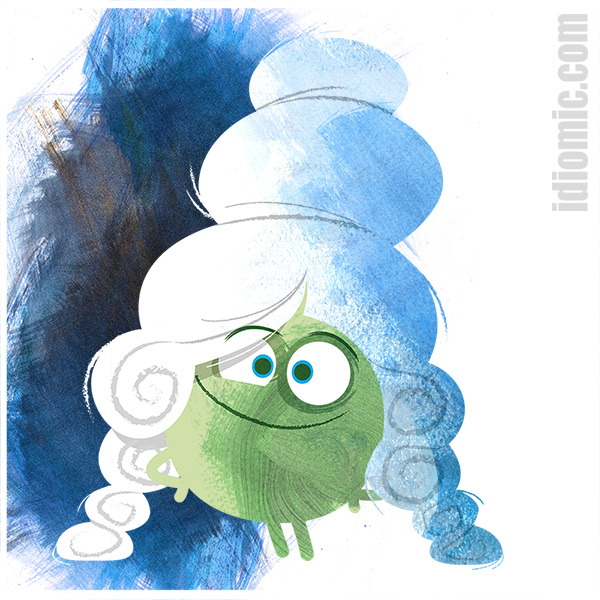 Example: Mr. Peabody was a big wig in town. After all, he owned most of it.

Its not a great stretch of the imagination to figure out how the phrase ‘big wig‘ came to be.

It owes a lot to the Sun King himself, Louis XIII. Louis was bald, or ‘follicly challenged’ as he preferred his condition to be described. So, he took to wearing wigs. His group of hangers-on in the court of Versailles took to wearing them as well. Then, the rest of the French aristocracy. Then the the rest of the upper echelon of Europe followed suit. And then the competition began. The bigger, the more extravagant the wig, the better. Decoration was widely encouraged.

Obviously, the buying and maintenance of such extraordinary constructions were an expensive business. Only the wealthiest, most influential people could afford them. As a rule of thumb; the bigger the wig, the more important the person.

On a little side note, before these piles of hairs became known as ‘wigs’, they were known by the more flowery term ‘periwigs’. Iddy thinks the world is a slightly sadder place with the shortening of the term. 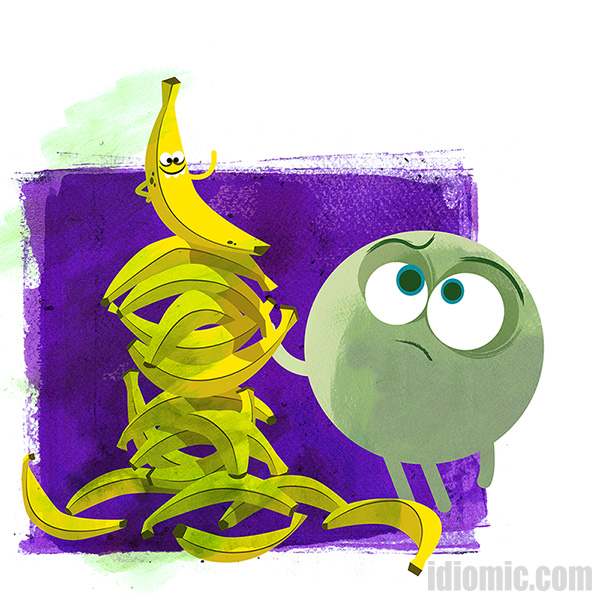 Definition: the leader or boss

Example: Roger was top banana at the office. Ironically, the office was responsible for banana sales across the Pacific Northwest.

‘Top banana’ originated in 1920s burlesque comedy, specifically in the use of the fruit as a punchline.

There is debate as to who the particular comedian was, with several names listed by several sources. It’s possible, that as the banana was relatively new at the time and very strange to the average person, it was used as a gag by plenty of Vaudeville performers.

The phrase first came to describe the performer at the top of the evening’s bill. The act listed below the headliner became known as ‘second banana‘. Both phrases are still used in the entertainment industry today.

The idiom later crept into more common usage. Now, people outside the entertainment industry can be described in terms of strangely shaped yellow fruit. Its a dream come true for all of us.