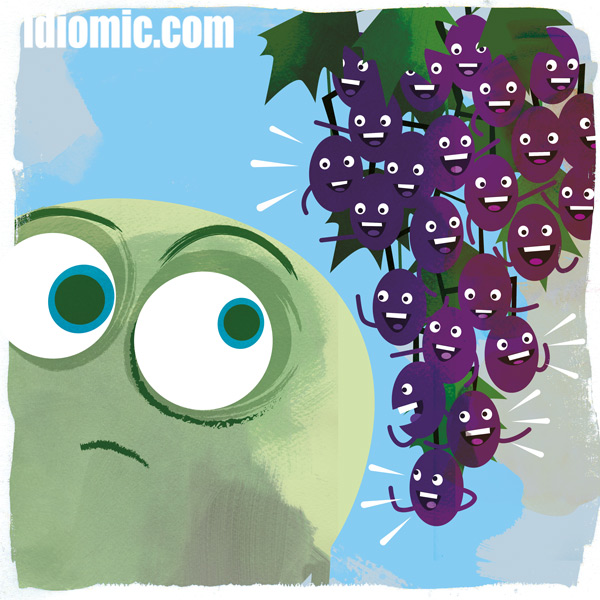 Definition: Something heard unofficially or indirectly through rumour and gossip

Example: Sally heard it through the grapevine that her husband had gone to a sing-along screening of ‘Frozen‘ without her.

You can hardly hear this idiom without immediately humming along to the classic track by Marvin Gaye; it’s just that synonymous.

And what do you know…. we have a definitive origin for it.! So please read it as you hum….

It’s American, from the 1800s, and has to do with the newfangled technology that was sweeping the nation at the time: the telegraph. It was a mammoth undertaking in its day. Thousands of miles of telegraph poles and wires crossing vast distances, It was thought the combination of regularly positioned poles and the wires strung between them resembled the poles and strings used in vineyards to train and grow the grapes, so the telegraph lines soon became referred to as the grapevine. In the Civil War, rumours were spread via the telegraph, and so was born the phrase!

Iddy’s particular grapevine is a noisy little lot, but they do have some juicy gossip to spread!