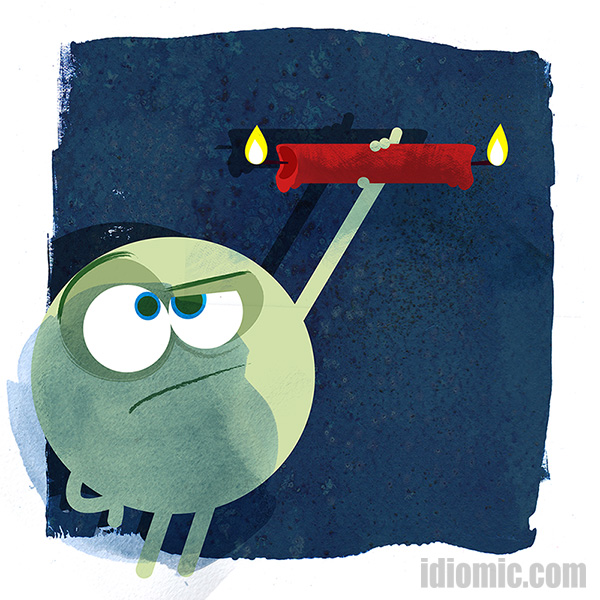 Definition: To live a hectic lifestyle or to work for too many hours

Example: Raj found himself burning the candle at both ends  as he juggled two day jobs as well as being a superstar DJ by night.

To burn the candle at both ends has changed meaning since its inception in the 18th century. It originally described senseless waste. Candles were the main source of artificial lighting. Not only were they widely sought after, they were expensive. Burning a candle from both ends would use it up twice as quickly without any benefit.

With the changes wrought by the age of electricity, the phrase changed as well. The candle became more of a figurative object, representing the hours of the day. If you work all day and into the night, or even work all day and party all night, you are burning away those hours just like the wax on that doubly lit candle. The inference is, if you carry on, you yourself will burn out.

Iddy’s a bit worried. He can’t put this candle down now that he’s lit it, and pretty soon, those two flames are going to want to meet in the middle. Right where his hand is now.