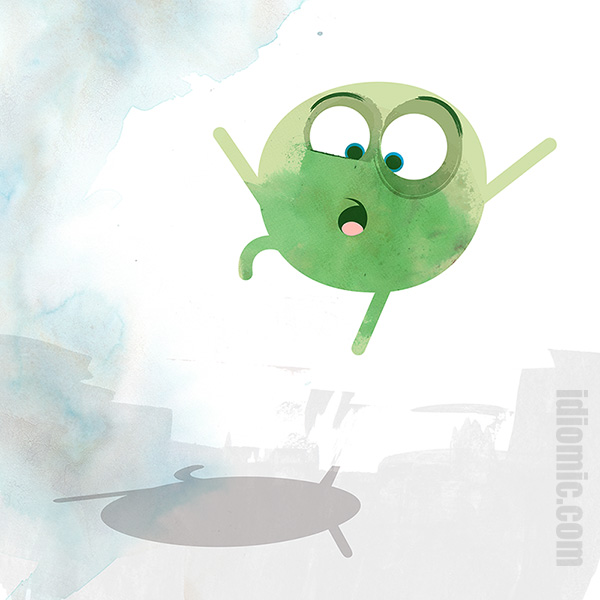 Definition: To be extremely fearful

Example: Kathy was so timid, she was afraid of her own shadow

So. Two phrases. Same meaning. You can be afraid of your own shadow, and you can jump at your own shadow. The former seems to be older, appearing in print as far back as the 1500s.

It is fairly apparent as to what it means. I think we’ve all seen cats and dogs literally jumping when seeing their shadows, and though we may deny it, it has probably happened to us all at one time or another.

There is an actual phobia where the sufferer truly fears shadows. Not just on that one occasion in a dark alley, but on a day to day basis. It is known as Sciophobia, scio being Greek for shadow.

Iddy’s jumping here for a very good reason. Just for a second he thought his second cousin Hilda had tracked him down, the woman he jilted at the altar back home. She was very grey and very round.