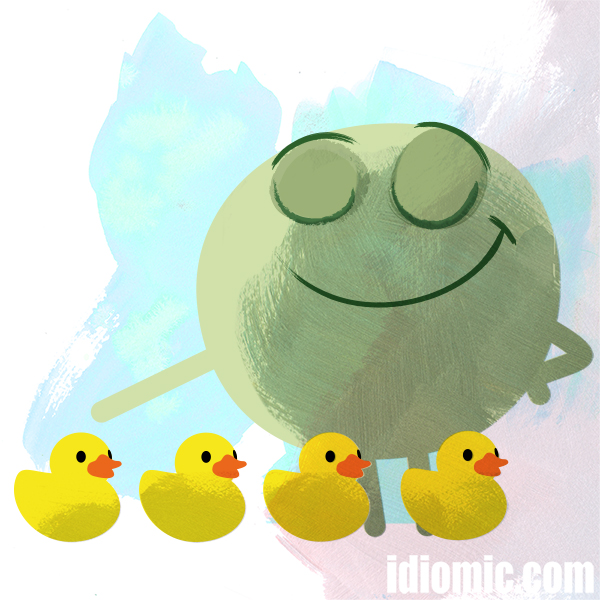 Definition: Have everything organised and prepared

Example: “You’ll need to get your ducks in a row,” Janet said to Bob ahead of his court date over his 132 unpaid parking tickets.

Once again, one idiom, many possibilities…

Take your favourite theory and present it as fact in your next conversation. That’s how the origins of phrases become the mountains of disinformation they are!

Iddy’s not sure which theory he sides with, but one thing is certain – nobody’s going to be shooting his ducks!