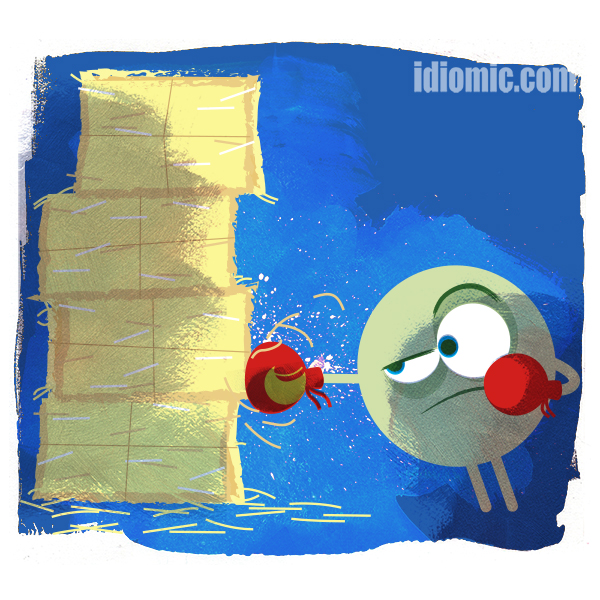 Definition: to go to bed/ to go to sleep

Example: After a long day of taking care of his young niece and nephew, John was exhausted, and as soon as dinner was finished, he announced that he was going to hit the hay.

Not surprisingly, ‘hit the hay’ is used in the same way as the idiom ‘hit the sack’. Both have been in common usage since the turn of the 20th century.

Many mattresses before modern times were little more than than linen or sacks stuffed with whatever material that was readily available. For many, that material was straw. Before getting into bed, people would strike the mattress to shape it into the most comfortable surface possible. There is some suggestion that the hitting of the mattress also helped to drive off any bugs also sheltering there.

Iddy’s not getting much relaxation out of boxing with these hay-bales. In fact, they seem to be winning the fight.