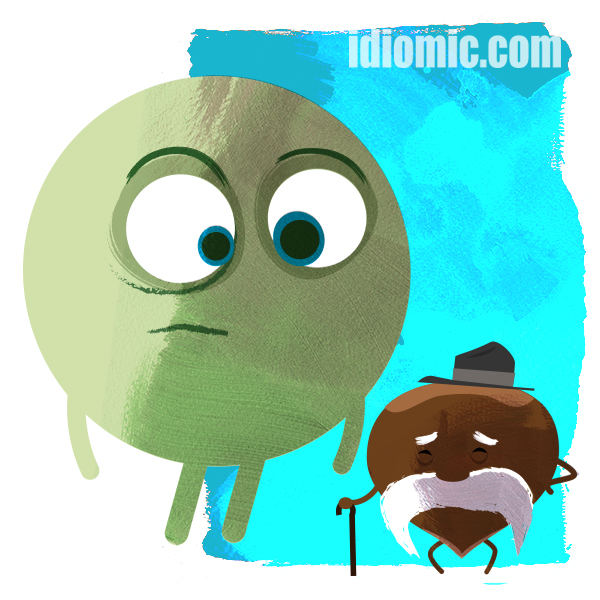 ” Have I ever told you about the time I went skiing?” Hal asked his dinner guests.

“Oh no,” said his wife,”Not that old chestnut!”

Despite a gap between its first appearance on stage to its common use in the English language, it is widely agreed that this idiom originates from the play ‘Broken Sword’ in 1816. Now forgotten, the play was a commercial success at the time.

In it, one character begins to tell a tale about being struck by a falling chestnut. He is quickly interrupted by another with the words “… this is the twenty-seventh time I have heard you relate this story…”

True to its usage in the play, the first recorded uses of the phrase simply refer to ‘that chestnut’, with ‘old’ being added later in the century.

Iddy is a bit worried about this particular old chestnut. He’s about to cross a busy road. At his age, he must be nuts.