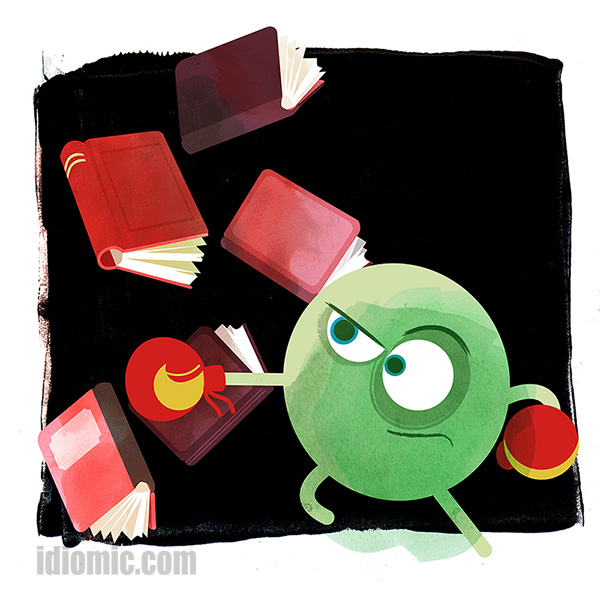 Definition: To study for a test or exam

Example: Having scored a measly twenty percent on his last math test, Robert decided it was time to hit the books.

There is no golden explanation for the origin for ‘hit the books’. Used since the mid twentieth century, it is probably related to other similar phrases that used ‘hit’ as a way of expressing starting something… phrases like ‘hit the trail‘ or ‘hit the road‘. If you are ‘hitting the books‘, you are starting to read them. Simple as that.

Iddy’s a bit disappointed. He was hoping for a Victorian tale of a bare knuckle boxer who challenged a library to a fight.