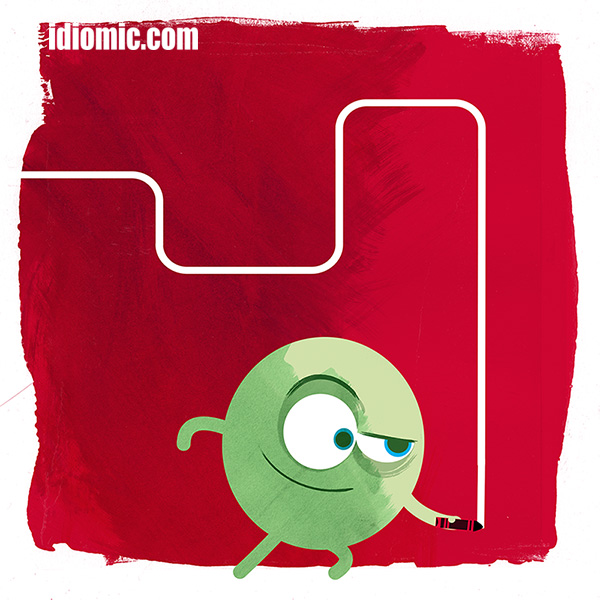 Definition: To set a limit or refuse to proceed any further

Example: Mindy had to draw the line when her husband brought a pot-bellied pig home instead of a puppy. It was her or the pig.

There are a number of theories as to what specific drawn line in history gave birth to this idiom. Here’s a sampling.

When tennis was introduced to the English from France in the 1400s, there were no official dimensions for the court. It was up to the players to draw out the lines that the ball could not cross.

In seventeenth century rural England, farmers ploughed a line with their horses to define their holdings.

During prizefights, a line was drawn in the ring that the fighters could not cross or they would be disqualified.

A line was drawn in the chamber between the opposing parties. Politics were obviously much more exciting in the past. Fights were common, and the line was an attempt to reduce this. Fists were obviously in use, but more worryingly, so were swords.