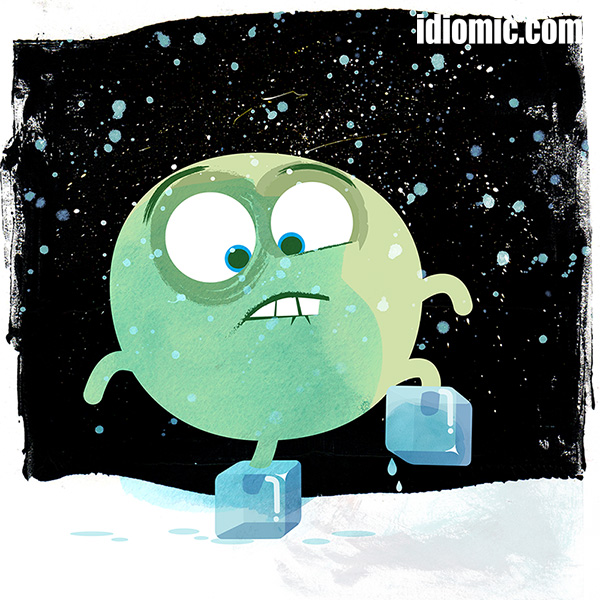 Definition: Being so overcome with doubt that you do not proceed

Example: Peter got cold feet over his upcoming wedding to Maria. After all, they’d only been on two dates.

Why icy toes have anything to do with uncertainty is absolutely unknown. Even its first use is a source of debate. It is usually accepted as being first used by author Stephen Crane in 1896, but many earlier examples have been touted. Some decades earlier. Some centuries.

Cold feet is most often used like in the example, in terms of somebody uncertain as to whether they want to proceed with an upcoming wedding.

When Iddy was about to get married to his second cousin Hilda, he had a raft of symptoms. Upset stomach. Cold sweats. The shakes. Crying eyeballs. Dry mouth. But his feet remained surprisingly warm. He cured all his symptons by coming to Earth before the wedding.