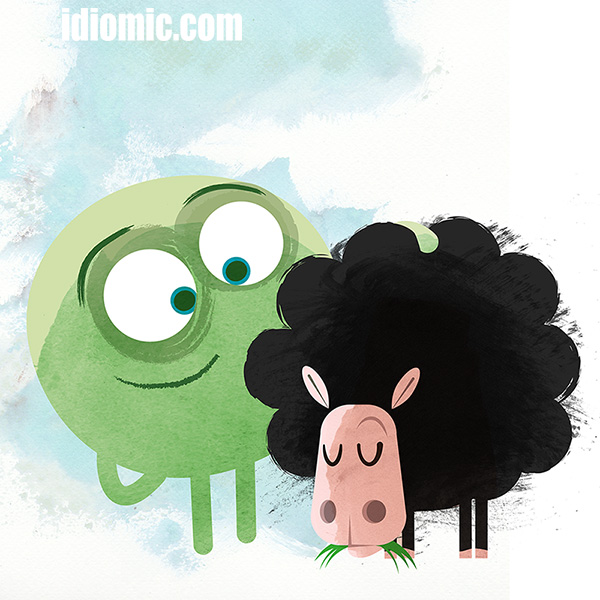 Definition: Somebody disreputable, especially within a family

Example: Despite being a vicar, Roger was always considered to be the black sheep of the family. And all because he had stolen a chocolate bar when he was five.

‘Black sheep‘, unsurprisingly, comes from the appearance of black sheep within flocks. Black wool is a recessive genetic trait and their appearance within white breeds is rare. Generations past, this colouring was interpreted many ways. To a few, it was a good omen, but to the majority, it was seen as bad. Some even considered black sheep to be touched by the devil. Whatever the superstition, the wool was considered less valuable as it could not be dyed, and so a black sheep was less desirable than a white one.

Some sources also say that a poorly translated bible in 1525 didn’t help matters, speaking negatively of ‘blacke shepe amonge the lambes‘. By the way, its not poorly spelled as well. English is an ever evolving language, and that was the correct way of spelling in 1525.

There seems to be no connection between the idiom and the popular nursery rhyme ‘Baa baa Black Sheep’, and there are no racial slurs to be read into it either.

This phrase is one of the most widely adopted in languages across Europe from Spain to Denmark to Bulgaria, and almost everywhere inbetween.

Iddy was never described in this way by his relatives. He was the green ovoid of his family