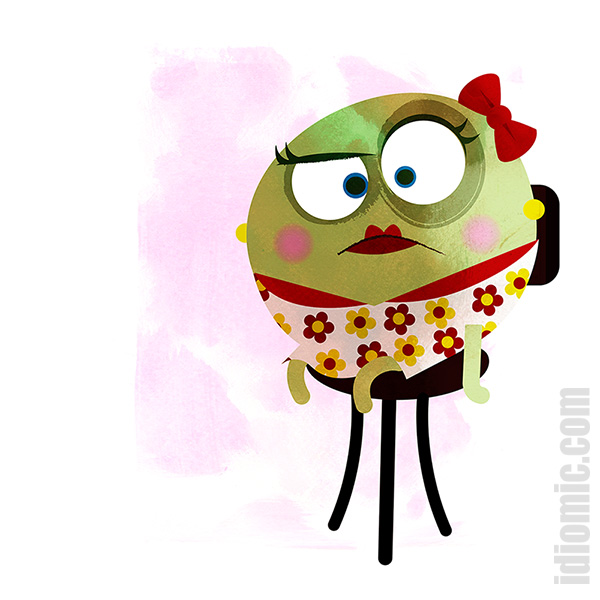 Definition: To be in a comfortable place, especially in a financial sense

Example: Mr. Morgan was sitting pretty after finding pirate treasure while digging in his garden.

‘Sitting pretty’ is almost exclusively used in the US, and is relatively new, not surfacing until the twentieth century. There are no specific theories flying about concerning where it came from. It probably is simply the marriage of two positive words. Sitting is a comfortable position and pretty is generally considered to be a good thing. That’s it.

Iddy doesn’t look very comfortable though, does he? Relax Iddy. You look good in a floral print.