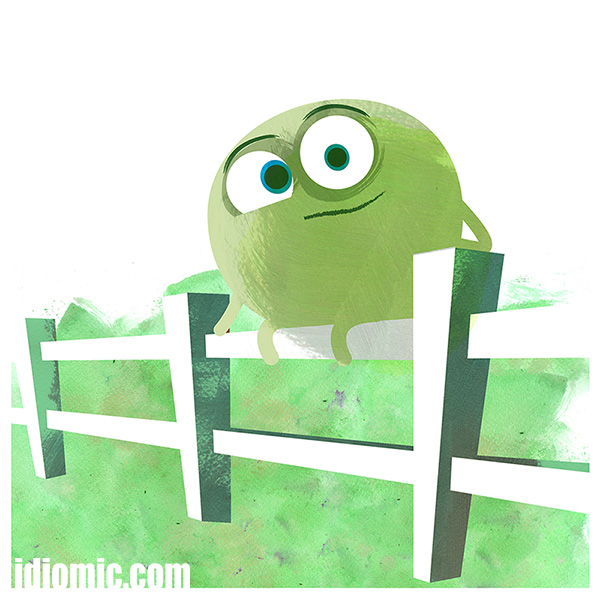 Definition: To be undecided or refusing to choose a side

Example: The kids wanted a dog. His wife wanted a cat. Jack was sitting on the fence over the issue. No matter which side he chose, it wasn’t going to make life easy for him.

Since the 1800s, sitting on the fence has been a popular phrase, especially when discussing political matters. It’s purely visual in nature. Hopping down one side of that fence takes you in one direction, hopping down the other side takes you in the opposite direction. Sitting there gets you nowhere at all.

The most famous political fence sitters were the Mugwumps, a group of Republicans who supported a Democratic candidate in the 1884 US election. The term came from the Algonquin ‘Mugquomp’, meaning ‘important person’. The term was not used as a mark of respect, but of derision. They were described by their opponents as birds sitting on a fence, with their mug on one side and their wump on the other. Ironically, they weren’t sitting on the fence at all. They made a decision, a hard one, and chose their side.

Iddy’s ready to make a choice himself. Any longer up there and his butt will be entirely numb.