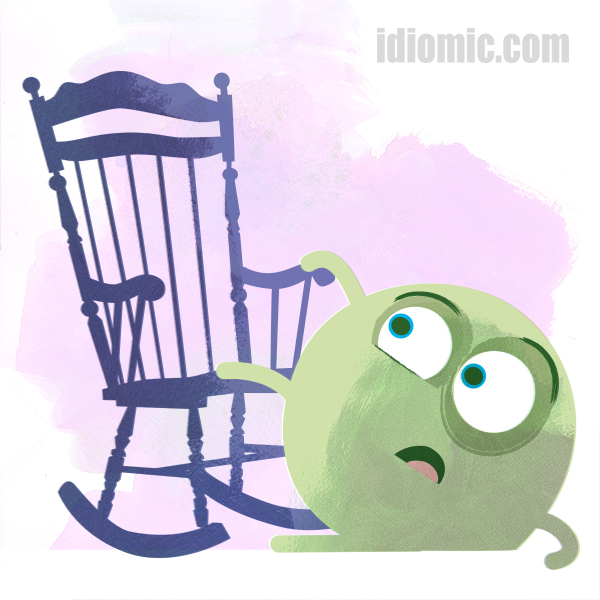 Definition: to be mentally unstable/crazy

Martin proudly presented the sandwich he had made to his family. “It’s peanut butter and turkey,” he announced.

“Are you off your rocker?!” was the response.

First of all, this idiom doesn’t discriminate. It doesn’t have to be ‘your’ rocker. It can be his, her, or theirs.

But what is this rocker it refers to? The image and explanation that most commonly comes to mind is somebody, especially an elderly person, physically falling off their rocking chair. This doesn’t seem to have any bearing on the idiom as this points to a physical issue, not a mental one.

The origin is most likely a mechanical one.

Within many machines, a rocker is a sort of regulator which helps control its performance. If this rocker slips or becomes misaligned, the machine will work incorrectly, if at all.

There is a similar phrase with the same meaning which appeared in the English language at the same time, to be ‘Off your trolley‘. This seems to refer to the overhead lines that provide power to trolley cars. If the car loses contact with this line, there is a loss of power and the trolley grinds to a halt. There are some claims that the wheel that made this connection was sometimes referred to as a rocker, but whether it was or not, it is clear that the two idioms are likely from the same source.

Iddy’s never hopped on or off a trolley car. It’s probably a good thing as he has a hard enough time just sitting in a chair.