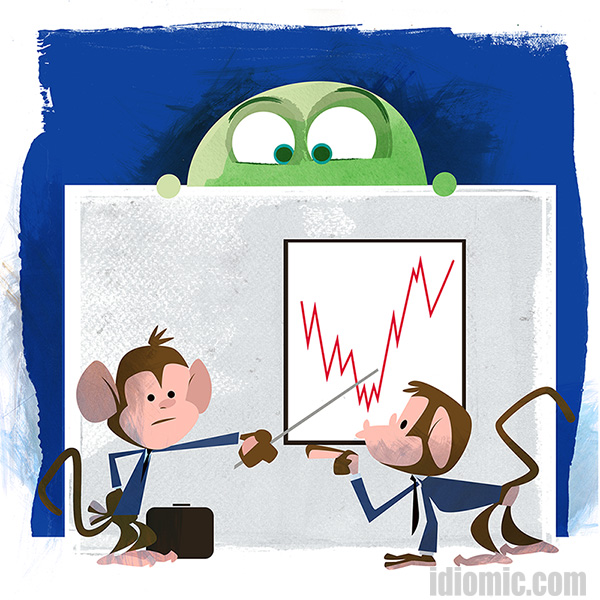 Example: ‘Hey! You two! No more monkey business from either of you!’ Johnny and Jackie’s nanny was not enjoying being tied to a tree.

People have been described in terms of animal traits for as long as pen has been put to paper. Foxes for slyness, lions for bravery, and monkeys, lots of monkeys. It seems fairly apparent why monkeys are equated with silly antics. But when and where did it enter the English language?

There do seem to be several theories:

Never mind the origin, Iddy’s more concerned that he has found the reason for the recent problems on Wall Street.