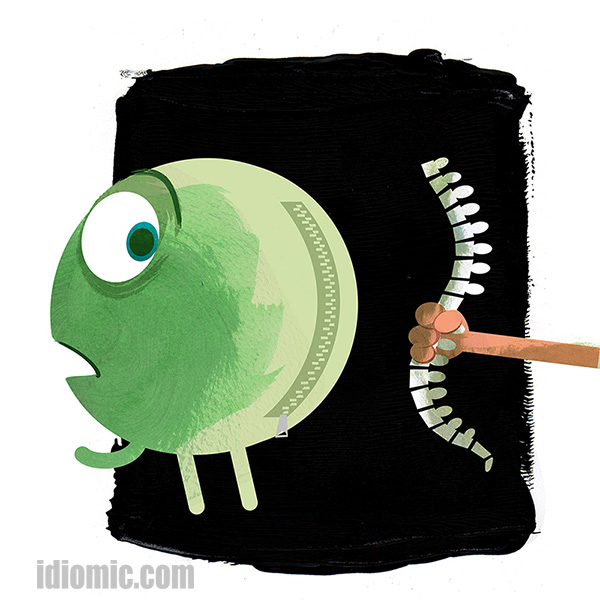 Definition: You are supporting or protecting somebody.

Example: “I’ve got your back!” Randy shouted to Steve. Despite this assurance, Steve was shot twenty-seven times by the other paintball team. Thirteen of them were in the back.

Iddy has heard several explanations for the origin of ‘got your back‘. Let’s start with the least likely and progress to the most:

Iddy’s upset as he didn’t ask anybody to get his in the first place. And now he feels a bit spineless.