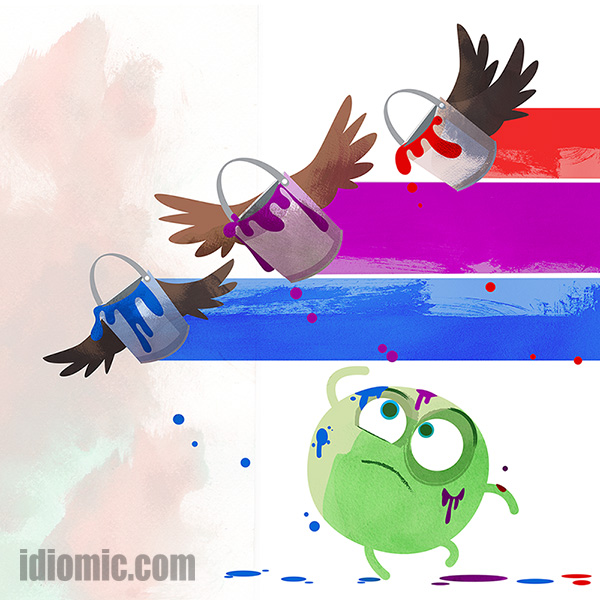 Definition: To accomplish something convincingly

Example: Johnny passed his second driving test with flying colours. His first test had not been promising. There were still seven people in hospital.

The phrase ‘with flying colours‘ can be preceded by a number of words; ‘pass‘, ‘come through‘, ‘win‘, etc. All of the combinations mean ‘to succeed‘.

But what are these colours?

They have a naval origin. Ships used flags as a means of communication. Returning to port, victorious naval craft advertised their success with their flags unfurled for all to see. They would be ‘flying their colours‘. In contrast, a defeated ship would come into port with her flags lowered. She would be ‘striking her colours‘.

There are a number of further colour related idioms, all relating to naval flag use:

Iddy just wants his paint back. He’s never going to get that dining room redecorated at this rate.