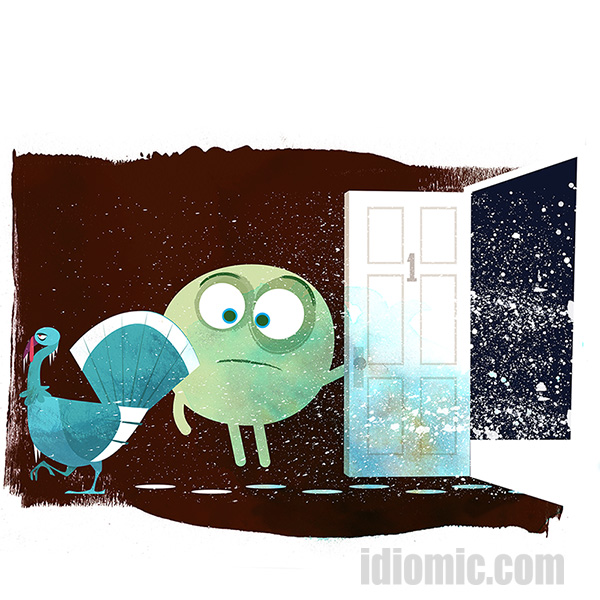 Definition: The sudden halt of using addictive substances such as drugs, cigarettes, and alcohol, usually with unpleasant withdrawal symptoms.

Example: After Mort went cold turkey on his pack-a-day habit, he had vivid dreams of being chased by giant cigarettes.

For many of those that celebrate Christmas, the thought of cold turkey can make them feel nauseous some time after Boxing Day as the remains of their Christmas feast becomes an endless series of cold turkey sandwiches. But this idiom has nothing at all to do with this facet of post-Christmas blues….

Cold turkey’s roots are firmly in the twentieth century. It started off specifically referring to the kicking of a hard drug habit. Later in the century it began to apply to more common addictions such as cigarettes and alcohol.

There are explanations why frigid poultry is possibly used to describe the situation.

Whatever the reason, Iddy doesn’t want any of those Christmas roast leftovers. But if you have some spare chocolate, he’d be happy to relieve you of that.