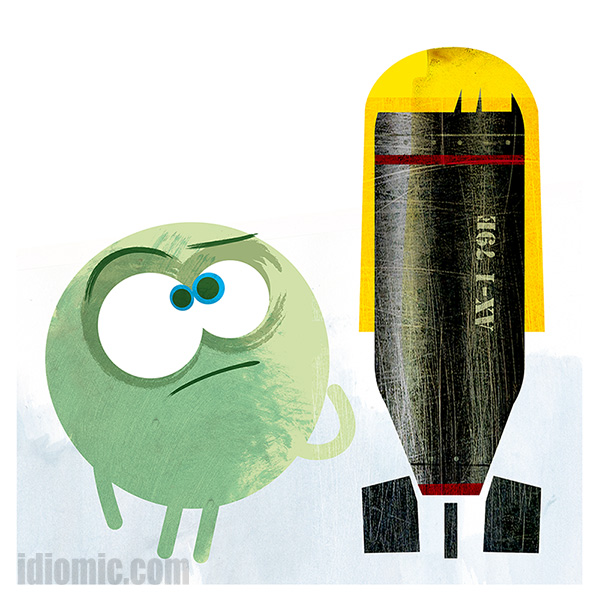 Definition: An extremely attractive/sexy woman, specifically a blonde one

Example: Distracted by the blonde bombshell stepping out of the salon, Joe ran his new car straight into a telephone pole.

The ‘bombshell’ part of the idiom has been used to describe  attractive women since the mid-nineteenth century. The reason why is unclear. The ‘blonde’ bit is easier to quantify. In 1933, actress Jean Harlow became the blonde bit. Her movie ‘Bombshell’ was released in the US, but the title was changed to ‘Blonde Bombshell’ for the UK release as audiences were mistaking it for a war movie. It was accompanied by racy taglines like ‘Lovely, luscious, exotic Jean Harlow as the Blonde Bombshell of filmdom’. With a tagline like that, no wonder the phrase stuck.

Incidentally, Harlow was also referred to as the ‘platinum blonde‘, a title awarded to her by Howard Hughes’ publicity department. They had tried other titles that weren’t quite so hot. The blonde landslide. The darling cyclone. Platinum blonde is infinitely better than either of those.

She died of kidney failure at the age of just 26. Some claim her death was hastened by her weekly use of chemicals like peroxide to keep her hair that famous colour.