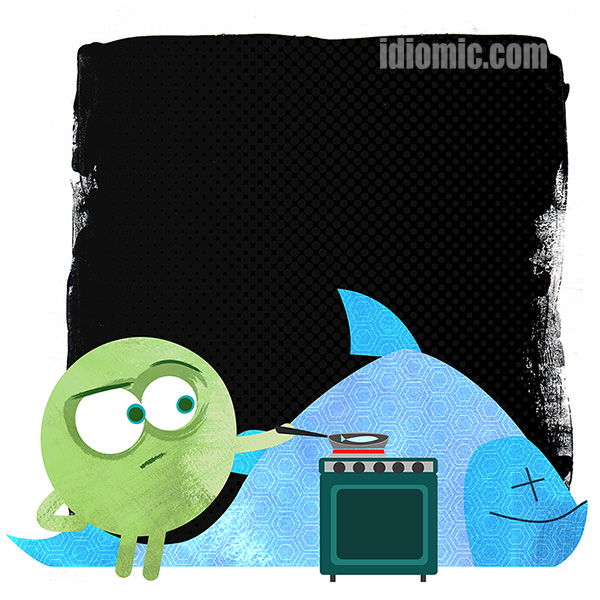 Definition: Having something more important to do

Bigger fish to fry is interchangeable with the often used other fish to fry, and has been in common usage for about 400 years. Why fish are involved is a mystery lost to time.

In German, Spanish, and Italian, there are similar phrases. They simply translate to ‘having other things to do’. The French, not content with cooking sea creatures, have ‘ many other dogs to whip’.

Iddy thought frying fish was odious enough, but whipping dogs? Even he draws the line somewhere!