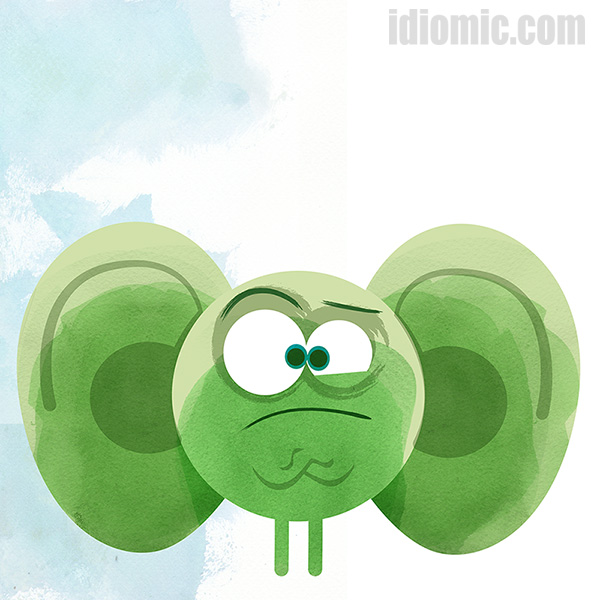 Definition: To show a keen interest

Example: “I’m all ears!” Karen said to her sister, sensing there was some juicy gossip to be heard.

‘All ears‘ first appeared in print in the eighteenth century. Its origin is purely descriptive. As we use our ears to hear, and most of our communication is done verbally, to be ‘all ears’ means to focus all your attention on hearing what is being said.

Iddy is not enjoying his new look. He has often complained about a general lack of ears, but now he has these, things have become ridiculous!